Help us to raise £15,000 to welcome our European friends to the UK.

We want to make it a memorable occasion by organising a programme of exciting events to welcome our European colleagues.

With your help we can:

Will you donate £5 and help us on our way? 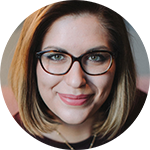 "Brexit has become the synonym for insecurity and uncertainty. In times like these liberals have to unite and stand up for each other and our shared values. We want to bring our autumn 2019 congress to the UK to show that the European young liberals will stand with our British friends in European solidarity!"

What is European Liberal Youth (LYMEC)?

LYMEC is the youth wing of the Alliance of Liberals and Democrats for Europe (ALDE) within the European Parliament, of which the Liberal Democrats is a member.

What is LYMEC Congress?

Each youth organisation of a member political party takes it in turns to host congress in their capital city, in the same way the Liberal Democrats hold their own Conference.

When will it take place?

LYMEC 2019 Congress will take place in September or October 2019, once a venue has been confirmed, which gives us plenty of time to raise the funds we need.

Why is the 2019 Congress important?

Since the UK voted to leave the European Union our relationship with other member parties has become strained. The LYMEC Bureau's decision to hold Congress in London in 2019 is a symbolic gesture of solidarity with British liberals, while we face huge uncertainty and great challenges.

We want to offer an exciting and heartfelt welcome to our European colleagues, to show them that we are still committed to Europe.

How can I help make this happen?

At the moment we are raising the funds we need to make 2019's congress a memorable event. If you can spare £5, or any other amount, it will make all the difference. Closer to the time we'll be recruiting volunteers to help make the event run smoothly. We'll be posting details about that closer to the time.

All funding, sponsorship and commercial enquiries should be directed to our International Officer, Ben Whitlock, who can be contacted by email ben.whitlock@youngliberals.uk 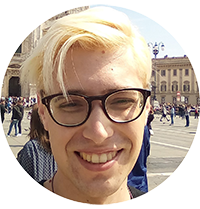 I am excited to announce that ALDE's youth branch European Liberal Youth (LYMEC) has asked Young Liberals to host their Congress in 2019!

While many in our sister parties recognise that the Liberal Democrats is a party of committed Europeans. Brexit has still changed the way they view us. In last year’s ALDE bureau elections for the first time a Lib Dem was not elected. While, within European Liberal Youth (LYMEC) there are clear signs of anti-British feeling because of the Brexit vote coming from some of its members.

Hosting LYMEC in 2019, is our chance to show that Young Liberals and the Liberal Democrats remain committed to our common shared European values. That we will continue to be an active member of the international liberal family. That we are determined that a liberal British voice will be heard internationally. Above all it says that we are and will remain committed Europeans – even if we find ourselves outside of the European Union.

On behalf of Young Liberals I want to say a huge thank you to everyone who donates to make this possible. Every penny counts, so even if you can only afford to donate a few pounds, you will be making a big difference.