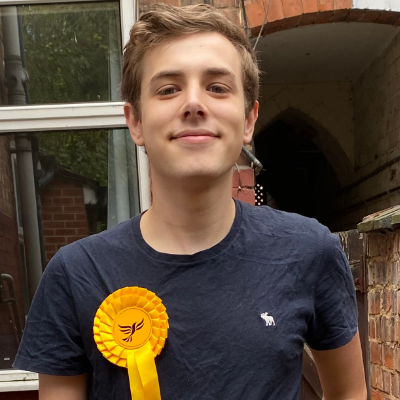 William is the Chair of English Young Liberals. Originally from Wiltshire, they also grew up in the Falkland Islands and Northamptonshire. They now live in Leicester, where they are in their fourth year of studying International Relations. Before becoming English Chair, they were YL’s LGBA+ Representative and served on the Policy Committee.

Outside of politics, William can be found talking to anyone who will listen about musical theatre and the Eurovision Song Contest.

Find Your Branch or Society